AI ‘pee gate’: Crew report suggests woman may have been instigated by co-passenger 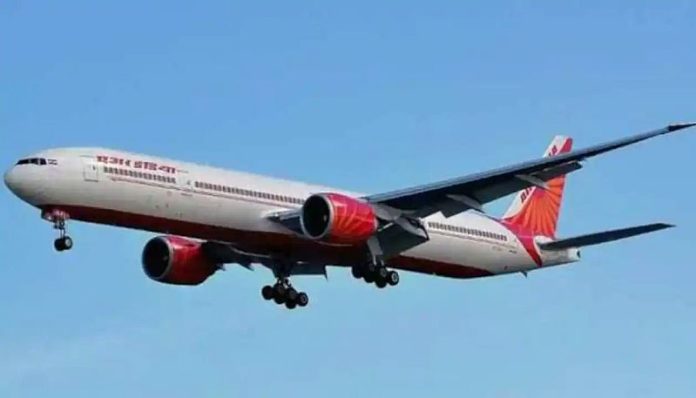 The report of the Air India crew on the urination incident on a New York-New Delhi flight, states that there might be potential instigation by co-passenger S. Bhattacharjee, who was seated on seat 8A, in front of the elderly woman victim (on 9A), and next to accused Shankar Mishra, who was on 8C.

The crew members’ four-page report stated that the complainant may have been instigated by a co-passenger and that her subsequent behaviour casts a doubt about her “intent and integrity” while Bhattacharjee had requested an upgrade to first class on boarding, but was turned down, according to media reports.

The crew members have stated that she came to the galley and said that she required cleaning as a co-passenger had urinated on her and her clothes were wet. She was provided with a towel, slipper, socks, antiseptic (Savlon) and even nightwear was also given by the airline.

“Her seat, the area around, her shoes, and the bags of both the passengers were sanitised,” stated the report.

However, it said that the woman demanded compensation for her soiled articles and spoke about filing a police complaint, though the crew promised her all help. They also shifted her to a new seat though she had not demanded this.

Recently after accused Shankar Mishra claimed that the complainant had soiled her own seat, the latter rubbished the allegation saying that it was “completely false and concocted”.

“The said allegation is also in complete contradiction and a complete volte-face of the statements and the pleaded case of the accused in his bail application,” she said.

The victim said that her intention has all along been of ensuring that institutional changes are made so that no individual has to go through the “horrendous experience” she went through.

“Instead of being remorseful for the utterly disgusting act committed by him, he has adopted a campaign of spreading misinformation and falsities with the intent of further harassing the victim,” she further said.

On January 13, Mishra told the court that he is not the accused. “There must be someone else who peed or it must be her who urinated,” he had said.

He further claimed that the woman was suffering from some prostate-related disease.

“Her seat was such that it could only be accessed from behind and in any case, the urine could not reach the seat’s front area. Also, the person sitting behind the complainant did not make any such complaint,” he had said.

On January 11, Mishra’s counsel had contended that his actions, while obscene, were not intended to sexually harass the victim.

Mishra has been booked under Sections 510 (misconduct in public by a drunken person), 509 (insulting the modesty of a woman), 294 (sings, recites or utters any obscene song, ballad or words, in or near any public place), and 354 (intending to outrage modesty) of the IPC as well as a section of the Aircraft Rules Act in a case registered at the IGI Airport police station.

AAP misleading people, has no faith in Constitution: Delhi BJP

Delhi HC seeks report on construction of toilets for transgenders

Jhumpa Lahiri at new level of artistic achievement with ‘Whereabouts’