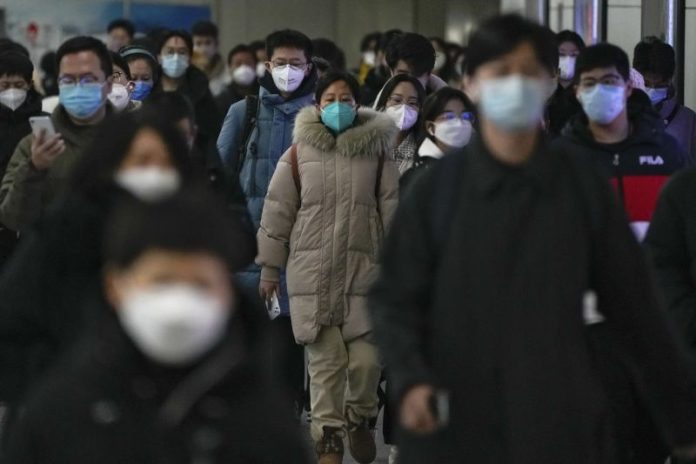 Chinese cyber authorities have announced an internet censorship crackdown to ensure there are no “gloomy sentiments” caused by pandemic “rumours” during the lunar new year festival, according to a media report.

It comes as health forecasting firm Airfinity estimated that more than 600,000 people have likely died since zero-Covid restrictions were lifted in December 2022 — 10 times more than Chinese authorities have officially declared, The Guardian reported.

The month-long ‘Spring Festival online improvement’ programme will target those spreading what authorities deem to be “rumours” about the spread of Covid and patient experiences, the report said.

It specifically cited the investigation and punishment of “online rumours related to the epidemic” and “fabricating patient experiences”, as well as producing or sharing fake virus treatments. The announcement said the work would “prevent misleading the public and causing social panic”.

Social media has been awash with personal stories of people contracting Covid, struggling to source medication or healthcare, and losing elderly relatives to the disease. The personal experiences of many jarred with the official narrative that the outbreak was under control and the response “science led”, prompting unusual levels of online criticism against the government, The Guardian reported.

The ruling Communist party government is hypersensitive to foreign criticism of its Covid response and accusations that it is not being transparent with data. Early warnings about the outbreak by Chinese doctor Li Wenliang were initially dismissed and punished as rumour. More recent reporting on the mass outbreak following the lifting of restrictions was branded a “China-bashing carnival” in state media, The Guardian reported.