Did you make any New Year’s resolutions? 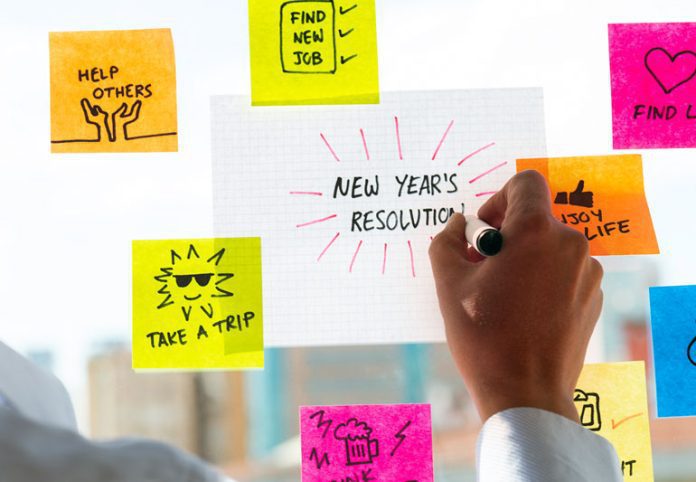 Are you among the few of us that still make New Year’s resolutions?

They’ve become so unpopular over the years that one risks being unfriended by simply asking this innocent question.

The word on the street is that’s because fewer people want to commit to them. A big reason could be that resolutions are easy to break and typically don’t last more than a few weeks. In fact one research firm said that one out of four people quit within the first week and 43% who make them expect to fail before February. Not very encouraging is it?

Many friends admitted this was the reason when I bravely asked whether or not they were going to keep the tradition that’s thought to be around 4,000 years old.

According to history.com New Year’s resolutions had their origins in promises ancient Babylonians made to the gods to pay their debts and return any objects they had borrowed. The Babylonians believed if they kept to their word, the gods would bestow favor on them for the coming year. And who wants to fall out of favour with the gods, right?

A similar practice was prevalent in ancient Rome. And among early Christians, the first day of the new year became a time for taking stock of one’s past mistakes and resolving to do better in the future. What’s wrong with that?

Having been on both sides of the fence, I’ve come to the conclusion that setting some personal goals for the year is preferable to having a blank slate… in my case at least. The years that I didn’t commit to turning over a new leaf felt like being on a long drive without a destination in mind. But friends still said they didn’t want to set themselves up for failure when I shared these thoughts.

However, I’ve realized that resolutions haven’t been abandoned altogether but christened with more ‘acceptable’ terms like “goal setting”. I’m not sure how this works! Is not achieving one’s ‘goals’ less torturous than breaking ‘resolutions’? Or are goals easier to accomplish than resolutions???

It appears that ditching or failing to keep resolutions brings a sense of shame which people would rather avoid. So they like to give it a different name if at all they decide to indulge in the age-old tradition.

One friend advised me to create a to-do list rather than make resolutions, another suggested an in-and-out list. A third said they simply check things off their bucket list each year. To me it sounded like they were still sticking with the custom but just avoiding using the ‘r’ word.

Science shows the reason for ditching resolutions is the complexity and difficulty of the promises one makes. Resolving to go to the gym everyday, for instance, is extremely difficult if it’s not something you like to do. It can also be very boring. Taking a more moderate approach, like going for a walk thrice a week or experimenting with different types of exercise might be easier to keep up with.

Also, falling off the wagon doesn’t mean that one can’t get back on… and as many times as one has to.

Furthermore it’s important to examine the motivation for one’s resolutions or goals. Many are driven by what one thinks they ought to do rather than what they want to do. This can hurt one’s self-esteem and confidence, making one miserable.

Make resolutions because “you” want to, not because someone else thinks or says you should.

Taking smaller steps and altering old habits a little at a time might also bring more success than expecting to make a complete turnaround all at once.

In my experience, the biggest motivation to keep trying is to celebrate small successes rather than beat yourself up about the tiny failures. After all, creating new habits takes time, it won’t happen overnight. You’ll also feel happier about trying rather than giving up.

Setting goals is a step towards positive change. Let’s make it about achievements not failure! Go ahead and make your resolutions, it’s never too late to start!!

India has to counter ‘radicalisation’ at home (Column: Spy’s Eye)

Will Pinarayi be able to stamp his ‘continued’ authority at CPI-M...