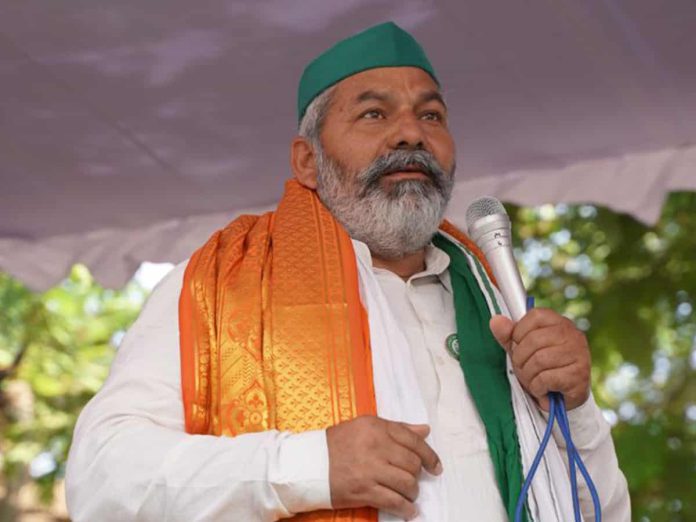 Prominent farmers’ leader Rakesh Tikait on Monday announced the farmers movement would be intensified across the country from January 26.

Tikait was in Bihar’s Buxar to meet farmers in Banarpur village who are agitating for the past 92 days for compensation for their land acquired for thermal power, water pipeline, and railway corridor projects.

“We have decided to start an agitation from January 26. The farmers have been appealed to drive tractors and host the national flag in their respective agricultural fields. Tractors are the weapons of farmers in the country so our farmers will use it to do the rally. I also ask police personnel to stay away from the tractors,” he said while addressing a massive gathering in Banarpur village.

“I will come to Buxar on February 20 and stay for 10 days to intensify farmers’ movement in Bihar. The farmers’ agitation needs to intensify here in Bihar, similar to Delhi,” Tikait added.

The 250 acres land of Banarpur village under Chausa block was acquired by state and central government for 11,980 MW thermal power, water pipeline, and railway corridor projects. Due to the acquisition, over 300 families are affected in the village. Some of the Dalit families also lost their houses as well and living in the huts.

They are demanding compensation at current market rate while the state government is giving as per the rate of 2012-13. The farmers are thus refusing to take compensation at the decade-old rates.

259 candidates in the fray for Tripura Assembly polls