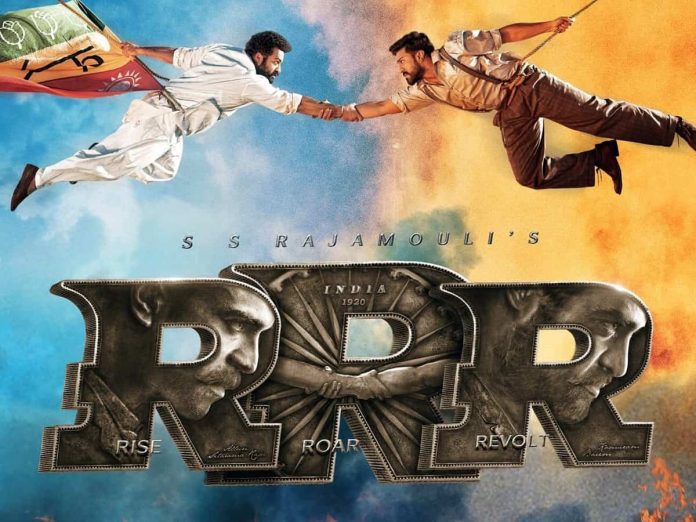 The entertainment industry in India seems to be in a celebratory mood. So much seems to be happening with it, all at the same time.

Last week, a song from S.S. Rajamouli’s ‘RRR’, ‘Naatu Naatu’, won the Golden Globe. Besides this, the film has been a hot favourite on the awards circuit. ‘RRR’ has caught the fancy of the western audience, the media as well as the film fraternity there. What is good about ‘RRR’ is that it is not an imitation of any Hollywood film, nor does it lift western culture as if it has always belonged to us.

The films we send officially as Indian entries to the Oscars are always pathetic. An example is ‘Gully Boy’. Now, what was Indian or original about it? It looked like a coterie was at work — the kind that often decides which film wins popular awards, but it still didn’t make any sense to send ‘Gully Boy’ for the Oscars?

The US, where you send a film for Oscars, has hundreds if not thousands of ‘gully boy’ stories, of Rap artists and other musical stars emerging from their gullies and ghettos. Rap originated in the US in the 1960s. You in India discover it now, make a film and send it as an Oscar contender as if you made something novel!

Also, how can you follow a rotation method like, we sent a Hindi film last time, so let us send some other Indian language film this time!

The irony is that, the coterie which celebrated the choice of films like ‘Gully Boy’ is not at all happy with ‘The Kashmir Files’ making it to the Oscars long list along with six other Indian movies, including ‘RRR’ and the official selection, ‘Chhello Show’!

They may not acknowledge that ‘The Kashmir Files’ is a huge commercial hit — in fact, the year 2022’s biggest success — besides being a true account of the Kashmir genocide. It does not matter what the others from his fraternity may think, but ‘The Kashmir Files’ maker, Vivek Agnihotri, decided to celebrate the recognition of the film as a true account of the events of that time as well as to commemorate January 19 as the Kashmir Hindu Genocide Day.

The film was theatrically re-released, despite it being streamed on the OTT platform, ZEE5. The tickets are available for Rs 99. The cinema chains — PVR, Inox and Cinepolis — celebrated the Cinema Lovers’ Day on January 20 and offered all tickets for all films playing in the theatres at Rs 99 for a day.

‘Avatar: The Way Of Water’, ‘Bhediya’, ‘The Kashmir Files’, ‘Drishyam 2’ and the Marathi film ‘Ved’ are among those presently running at cinemas. Even as they try out new ways to get viewers, Imax plans to expand its footprint to 100 screens in the next 10 years.

Though not much in the news, ‘Bhediya’, a horror comedy, has been celebrating its 50-day run. Like in the good old days, when films celebrated their 100 days, 25 weeks, 50 weeks and so on, and put up posters all over city walls, Bhediya posters are on display only on socialmedia.

On his part, Ritesh Deshmukh is celebrating the success of his home production, ‘Ved’ (Marathi), by adding the parts shot for the film but not included in it so far. The film is now the second highest grosser in the Marathi language after the earlier hit, ‘Sairat’.

Hindi stars may grudge the South Indian films succeeding big time in the Hindi belt, at the same time they have no scruples about adopting the South hits for remakes. Ajay Devgn’s ‘Drishyam 2’ and Ritesh Deshmukh’s ‘Ved’ (Marathi) are both remakes of southern originals. ‘Drishyam 2’ is from the Malayalam film of the same name and ‘Ved’ is the remake of the Telugu film, ‘Majili’.

The Hindi film industry as well as its makers, which love to celebrate all occasions, real or imaginary, sadly, have little to celebrate today. Films, big or small, are failing and the stars, expected at least to bring in initial footfalls, seem to have lost their drawing power.

There were days when any and every occasion was a reason to celebrate for the Hindi film industry. A mere announcement and the signing of a star, a mahurat or the completion of a film and then its release — each occasion was celebrated with fanfare, with cocktails and dinner parties. That was not the end: if the film achieved a landmark, say, completing 100 days, the celebrations continued.

We have not had anything to celebrate in recent times. Yash Raj Films and Shah Rukh Khan’s ‘Pathaan’, releasing this week, has a lot riding on it. It could be an occasion to celebrate even as the film garners a thumping initial draw, something that has not been happening with Hindi films for a long time.

The film has been in the media and embroiled in a controversy over the last few weeks and that is expected to bring in curious initial viewers. The film also has an opportune release week timed with the Republic Day long weekend.

Will there be celebrations? The Mumbai film fraternity is not known to celebrate the successes of other makers and stars. Yes, the failures are celebrated. One star’s failure is a cause for all other stars to celebrate.

But, only this once, one wishes everybody, all industry folk, wish for ‘Pathaan’ to prove to be successful and also celebrate. After all, it is all about the industry you belong to which is in peril.

Rahul, Priyanka could enjoy snowfall in valley because of Modi: Tarun Chugh

14 killed in massive fire at multi-storey building in Dhanbad

Tripura: Over 43K security personnel to be deployed for Feb 16 polls

LS adjourned for the day amid continuous protests by oppn