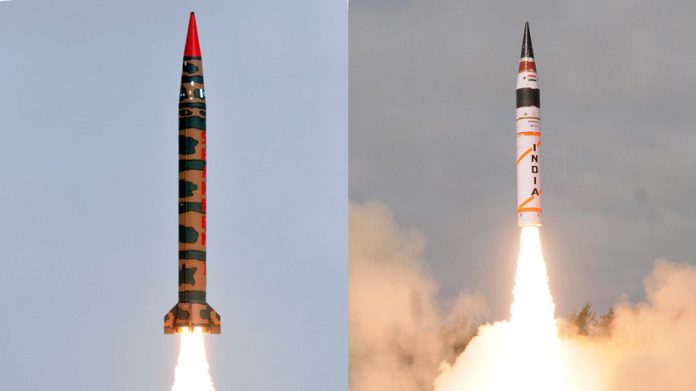 India and Pakistan came “too close” to a nuclear conflagration during the 2019 confrontation with both sides believing the other was preparing to deploy nuclear weapons, according to former US Secretary of State Mike Pompeo.

He recounted in his book, “Never Give an Inch”, his frantic night-time diplomatic efforts to get the neighbours to stand down after getting a call from his “Indian counterpart”, warning him that he believed Pakistan was readying nuclear weapons for a strike and India was considering its own escalation.

The External Affairs Minister during the crisis set off by the terrorist attack that killed 46 Central Reserve Police Force personnel in February 2019 was the late Sushma Swaraj.

But Pompeo referred to his “counterpart” with the male pronoun in a subsequent paragraph creating ambiguity as to who he spoke with.

“I do not think the world properly knows just how close the India-Pakistan rivalry came to spilling over in a nuclear conflagration,” he wrote.

But, he added, “the truth is, I don’t know precisely the answer either. I just know it was too close”.

He was woken up at night while he was on a visit to Hanoi with a call from Sushma Swaraj who told him that “he believed the Pakistanis had begun to prepare their nuclear weapons for a strike”.

“India, he informed me, was contemplating its own escalation. I asked him to do nothing and give us a minute to sort things out,” Pompeo wrote.

Working with John Bolton, who was then the US National Security Adviser, from their Hanoi hotel room he “reached the actual leader of Pakistan. General (Qamer Javed) Bajwa”, he wrote.

“I told him what the Indians had told me. He said it wasn’t true. As one might expect, he believed the Indians were preparing their own nuclear weapons for deployment.

Taking credit for the de-escalation, he wrote: “No other nation could have done that, but we did that night to avoid a horrible outcome.”

He acknowledged the work of Kenneth Juster, who was the then US envoy in New Delhi, calling him “an incredibly capable ambassador” who “loves India and its people”.

Pompeo, who was the director of the Central Intelligence Agency before becoming the Secretary of State, recounted in the book his four years in former President Donald Trump’s cabinet.

The book, subtitled, “Fighting for the America I Love”, lays out how he aggressively implemented Trump’s ‘America First’ vision.

Writing about his efforts to deepen ties with New Delhi, Pompeo wrote that he “made India the fulcrum of my diplomacy to contract Chinese aggression”.

“I chose to devote serious quantities of time and effort to make India the next great American ally,” he added.

(Arul Louis can be contacted at arul.l@ians.in and followed at @arulouis)

Sri Lanka’s 2023 budget aims a way out of current economic...

5 killed in floods in Pakistan in 24 hrs