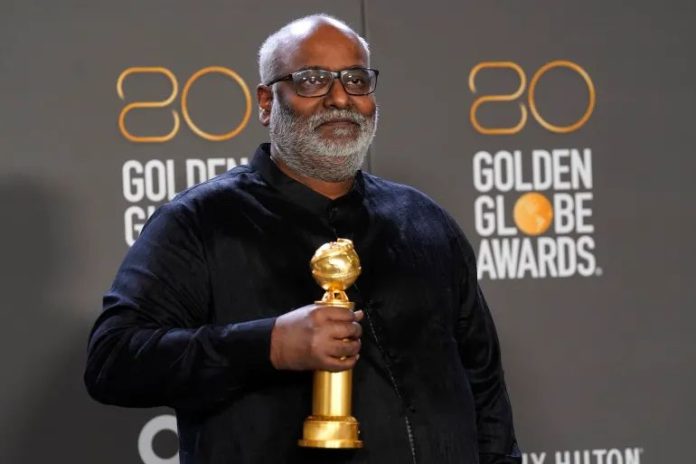 Indian films, Hindi as well as regional, enjoy a certain overseas market. But that is limited to the Indian diaspora settled across various countries. Films help them keep in touch with their native country and also their native states, languages and culture.

Of course, Hindi films enjoyed a greater market abroad because of the larger reach of the language. One sees, however, that Hindi films are losing ground to films from the South. In India as well as with the Indians abroad! Also, the proportion of the non-Hindi-speaking Indians in other countries has increased manifold over the years, thanks to the tech boom.

Add to that the fact that the South has now taken a contemporary approach to filmmaking while keeping its intrinsic values, such as family, loyalties, relationships, and, most of all, keeping the fervour and spirit of nationalism.

With these basics of filmmaking intact, South Indian films have not only captured the Hindi market, but with their contemporary approach and excellent use of technology coupled with imagination, they are also gaining some ground with foreign audiences. From Japan to the US, S.S. Rajamouli’s ‘RRR’ has taken viewers by storm.

The film has done a business of Rs 1,200 crore (‘KGF2’, Rs 1,100 crore and ‘Kantara’, Rs 425 crore). Compare this to the biggest Hindi grosser of the year, ‘The Kashmir Files’, which collected Rs 300 crore. Mind you, ‘The Kashmir Files’ is not considered a mainstream film and, ironically, the mainstream film fraternity is not even prepared to acknowledge its success. Now that this film has made it to the shortlist of one of the 301 films eligible to be screened at the Oscars, one hears no cheer from fellow filmmakers.

‘RRR’ has made its first mark overseas. The ‘RRR’ song, ‘Naatu Naatu’, won the Best Original Song award at the Golden Globes last week. To their credit, the team behind this success presented itself in their native costumes and rooted for each other!

Compare this to Hindi filmmakers, who can’t even laud the success of a fellow producer. The Hindi film industry is flooded with fly-by-night aspirants, posing as filmmakers who pretend to know better than the best and thrive on publicity and hope to make money without merit to earn it.

After the ‘Pathaan’ song ‘Besharam Rang’ was released on the digital media, a lot of hullabaloo followed. Social media handles, especially on Twitter, went berserk. The song’s choreography was found to be unacceptable, to put it mildly. The print media and television news channels joined the bandwagon.

Not to be outdone, politicians, who never let an opportunity pass to gain some mileage, joined the ban brigade. Hindu-wadis had a problem with Deepika Padukone wearing a saffron bikini; Islam-wadis claimed that the way Shah Rukh Khan is portrayed in the film is very unlike a person from the Pathan community. It was a sensual song shot to evoke a reaction and not just any other romantic song.

Such films attracted their maximum audience during the night shows, for no one wanted to be seen even around a cinema screening such films. But those who watched such films, and these had a captive audience, headed straight for the red light area of the city. Where that facility was not available, it led to instances you read in the media the next day. The audience consisted of mostly labourers, daily wage earners and cabbies working away from their homes and families.

Who needs such South Indian films now if you have Hindi mainstream stars willing to do the needful!

People often create ruckus and try to stall a film’s release. Especially when some communal/religious or political groups get involved. A film like ‘PK’ needed police protection during its initial days. Some people never get a release in certain states. This happens only because cinema managements fear damage to their property. Eventually, such films make it to television channels or OTT platforms and are therefore out of reach of the fanatics.

The question that arises now is that why is there differential treatment to films, whereas OTT platforms, where the content is bolder than ‘Besharam Rang’, get away without any control? When the same film or song is shown on OTT, there is no problem.

Why do hell-raisers, drunk with power, pick only on films while so much more vulgarity, violence and gore is being peddled on OTT platforms day in and day out? Why is it that most OTT content has to carry a generous, explicit footage of sex? How does one explain a child walking into his grandfather’s house only to find him doing it in doggy style (‘Arya’ on OTT)?

Why do film and content makers think that titillating songs or sex scenes will draw the audience? This display of unwanted content, in fact, makes such films and web series unwatchable with family members at home.

This practice of showing filthy content has been going on since the early OTT web series, ‘Sacred Games’, was aired. All this in the name of creative liberty! Since when did depicting sex or, more so, unnatural sex qualify as creative art? And yet there is no move to discourage such content makers. Democracy and freedom of expression are touted. And the social media Rudalis raise hell.

The Censor Board works on the principle that content, as in films, is subject to scrutiny because they are made for public exhibition. At least, films carry ratings of A, UA, and so on, and cinemas won’t allow children.

OTT content, too, is available on television screens, computers as well as smartphones and children today are smarter than the smartphones and have access to all that they should not be watching.

Let alone censorship, OTT content does not even carry a warning against cigarette smoking that feature films are compelled to carry! The rule applies to even the film publicity material, which is meant to be screened to a producers’ body before it is put on display.

So how come all the publicity designs of the film ‘Ved’ produced by Riteish Deshmukh (he’s playing the lead too) shows him in the various acts of smoking from lighting a cigarette to exhaling smoke?

It seems like this rabble-rousing is limited to films that serve the cause of various political, religious, fanatical and other groups with vested interests. A film is known for a Salman Khan or a Shah Rukh Khan and so on. They are big stars and their names help serve the cause of troublemakers. Who will care if you find faults with some OTT programme?

The Government propagates One Country One… Whatever for just about everything. OTT content flouts this intent of the government, wholesale.

His Holiness the 14th Dalai Lama, the authentic role model to...